A major contribution of the Notify project was the participation of a diverse group of professionals who come from different disciplines and who ordinarily do not communicate with one another. Transplant surgeons, orthopaedists, ophthalmologists, transfusion doctors and haematologists, infectious disease specialists, pathologists, nurses, embryologists and gynaecologists, eye bankers, blood and tissue bankers and regulators had the opportunity to interact and provide their own perspectives. From these discussions some common definitions that can be applied across all fields were agreed upon whilst others are under discussion. 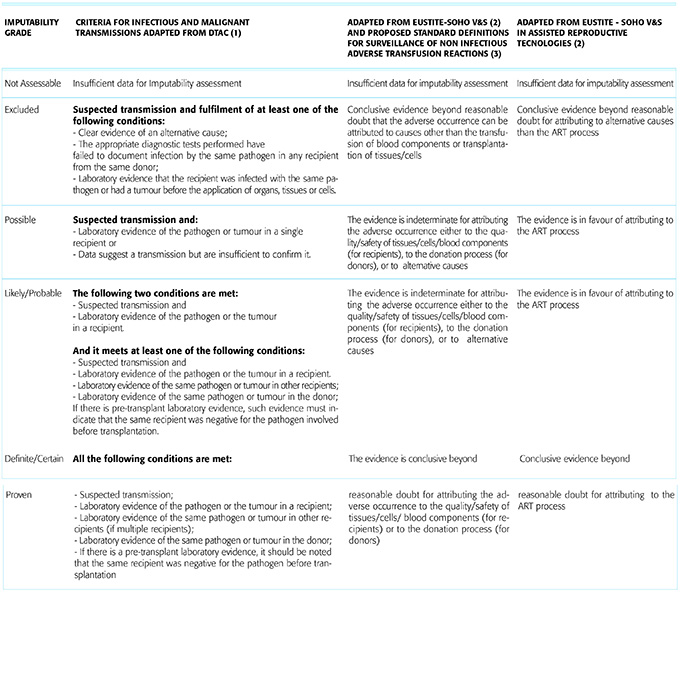